Details from “LONDON BEES” Mixed Gender 7-a-side walking football tournament  – well that’s what we were told? so obtained the services of Sharon Hinds, Kim Johnston and Samantha Roads with the thought that they would rotate with a minimum of two ladies on the pitch at any time and that was a policy we stuck to right through the tournament. Apparently a number of the teams missed the “mixed gender” bit and turned up with full squads of male players.

So first up a match against the 7 men of Bounds Green and a 0-1 loss, on the balance of play probably a fair result although we did have our chances. Game two saw us taking on one of the Barnet Teams in a pretty tight affair that ended up 0-0. Game three and once again up against a male only team in Feltham, with a guest appearance in goal as Julian kindly vacated to let Kevin Schmid have a match, we eventually won this match 1-0 thanks to a goal from Steve Dyett.

Four points turned out to be enough to see us progress to the semi Final against another Barnet Team and again a very tight affair and a 0-0 score-line and on to penalties, this gave Julian the opportunity to show how much difference a proper keeper can make as he saved three penalties allowing us to progress to the final 3-1.

Again in the final we had to play a male only team in the form of Cedars and again a tight match which ended 0-0 so once again it was down to penalties with Julian being the hero as we won 3-2.

So what did we learn:

Well done to everybody who played and thanks for putting up with my ranting. 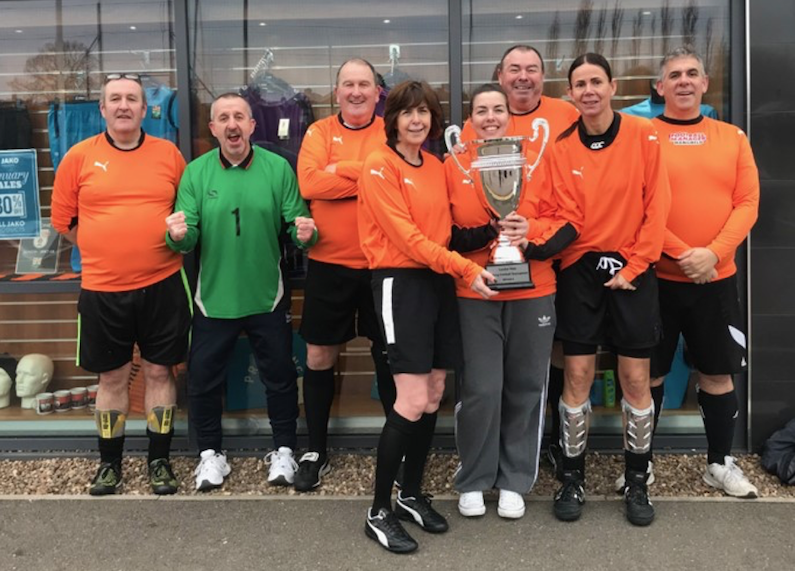