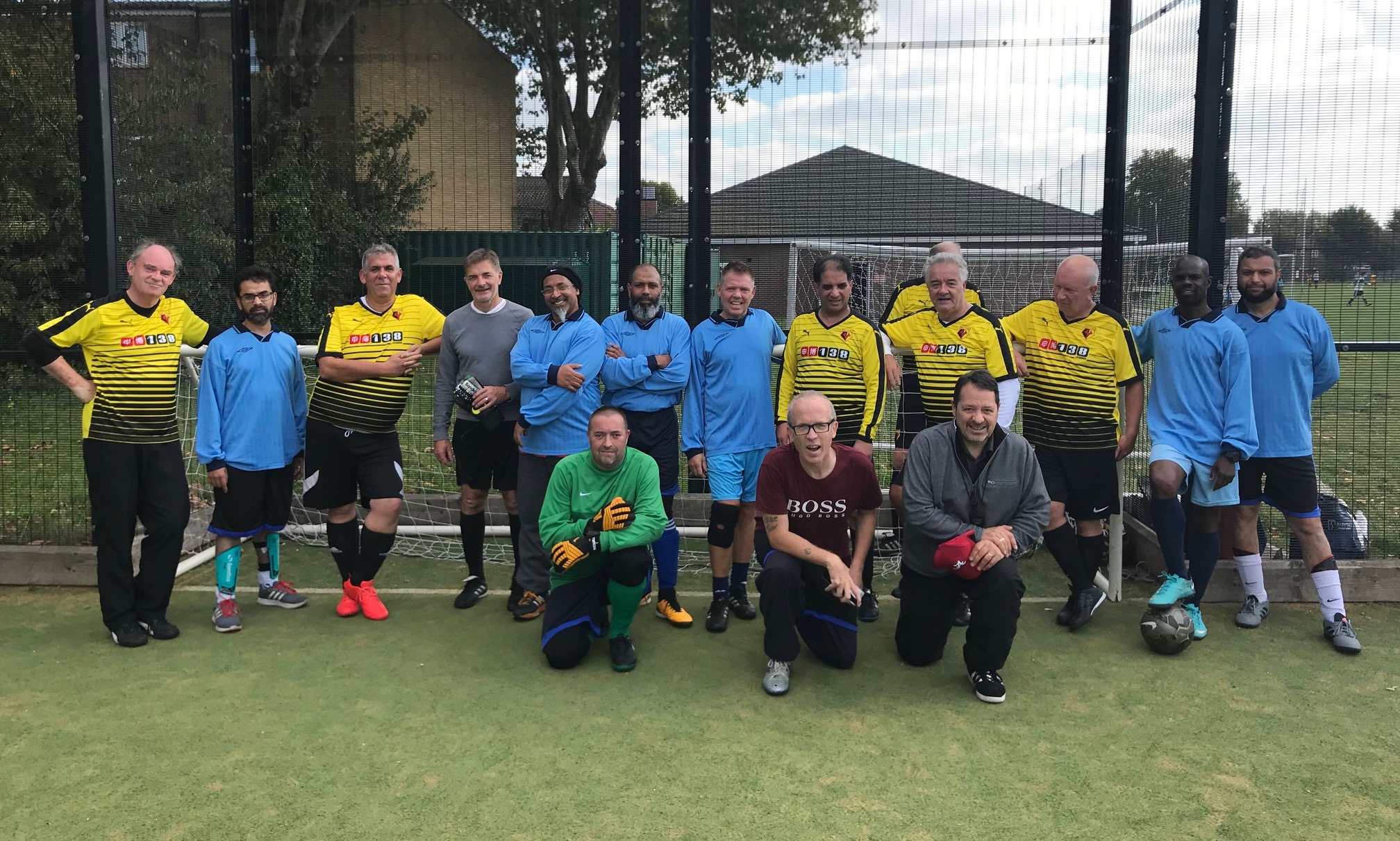 After an initial poor response to this fixture, the Friendly team managed to pull together a squad of 8 for the away morning fixture with East London United close to the original West Ham Utd. ground.  However, Trevor Blakes latest exertions playing in the WFA Cup final meant a late drop out ☹.

The game was played in caged pitch of similar size to the TRA in Romford, 4 x 12 min games with brief breaks, with WFA rules.  Refereed by Richard Manning still recovering.  The team was rotated each quarter to ensure over 44 mins of playing time for everyone!

Overall 2-5 loss, 1W, 1D, 2L.  Watford passing and movement was not as good as it has been recently.  East London was a multicultural side with two very skilful players and a good keeper who made a number of saves.  The score was fair for the game noting that Yellows did not play to full potential and will give better account for themselves on return on the larger non-caged pitches.

Referees Report: “A sunny morning with a coffee shop in the ground meant a cup of tea and bacon sandwich!”