Yesterday we had the first “local” midweek Walking Football meet up for clubs in and around Watford who we know well. The idea is to have fixtures every month or two, mid-week, with mostly retired members who are less active in the competition squads. The games were to be competitive but played VERY much in the WF spirit with results and goal scorers not recorded and more importantly, no winners.

For this first fixture, we met at the Harefield Academy as the Meriden was closed during half-term. Teams from Buntingford, Bushey, Cedars and Hemel joined us, with the Bushey/Cedars a combined squad as a lot of the players attend both clubs. The hour-long session including 3 x 18 min games allowing each team to play one another, with referees our Bill with Richard Smith from Cedars.

Ged came along to help the management of the team for the day. Andy Roads and George played for Hemel.

The matchers were played in the right spirit of what I had hoped for.  For the most part the games were competitive, and with players coming in and out in future fixtures, no doubt there will be flux as to the quality of each team.

Some of you would have been aware of a serious injury to George Ferrar which came from an innocuous tackle.  George is a Watford and Hemel player, yesterday representing Hemel.  He was taken to the local Mount Vernon hospital and was seen quiet quickly.  Unfortunately, they did not have the facilities to sort out the problem and so was sent home after they had x-rayed his shoulder.  The issue was found be a bit more serious than George’s self-diagnosis of a dislocation. His collar bone has not broken but had become detached from where it attaches to his shoulder joint, hence why he had the lump sticking up.  The process has been transferred to Watford Hospital for them to sort out and he has been in there this morning to get the same advice – wait by the phone for the call from the specialist.  George believes it is likely to involve some surgery and possibly a plate or something to re-attached the bone.  He will not be sure until he finally gets to the specialist.  George remains in good spirits ?

It reminds us that, even with strict WF rules adhered too, a serious injury can be just round the corner. 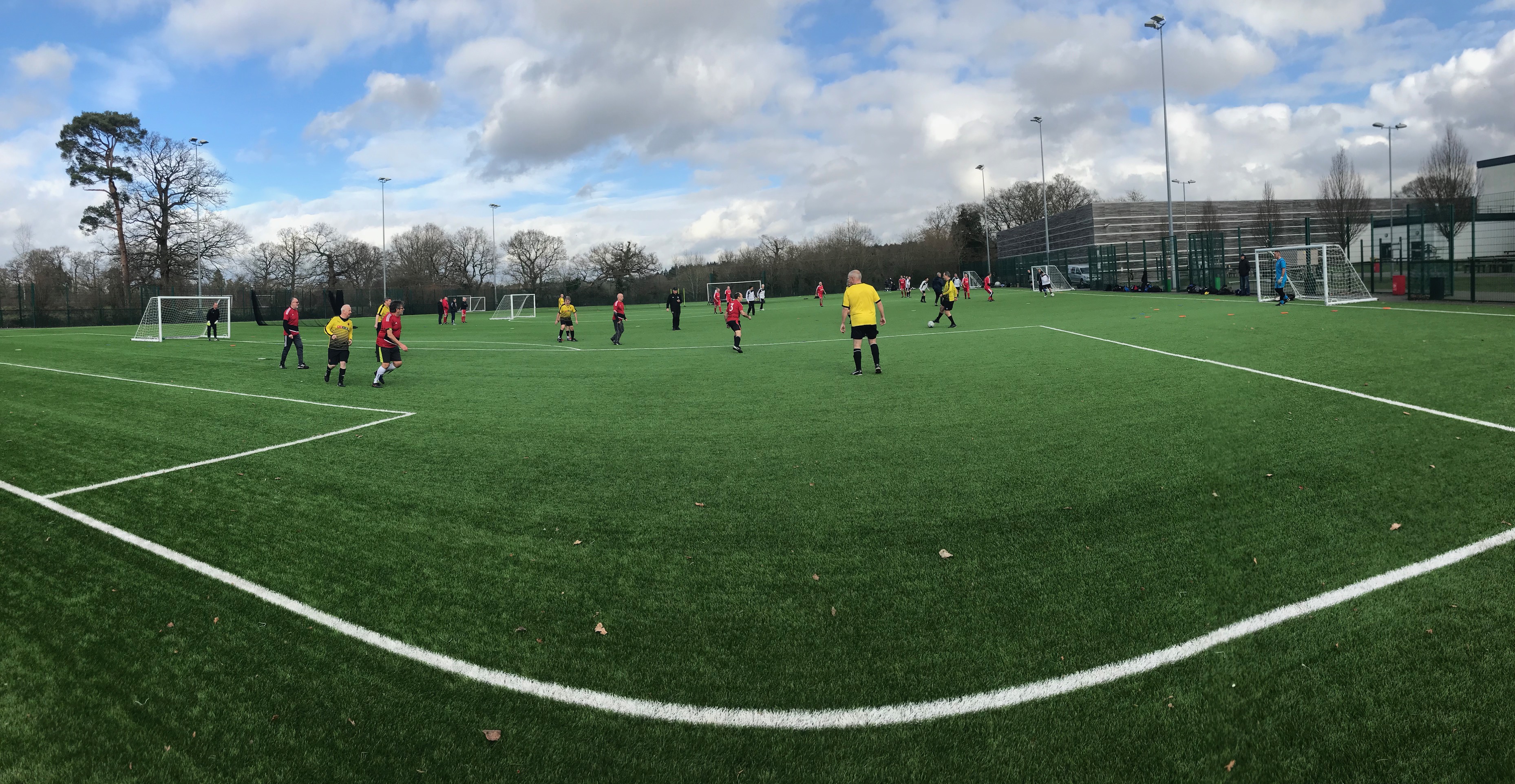