In truth I must say that as much as the day was enjoyable (at least I thought it was) I was a little disappointed with the final results today, there was certainly no lack of effort and at times we passed the ball very well but with the squad we had, in retrospect, I think we could and probably should have done a little better – Won 1, Drew 1, Lost 2.

Now I know view points are always subjective but in my opinion with the exception of the fourth game where we were frankly shit and got exactly what we deserved (nothing) I actually thought we played ok in the other three matches and perhaps could on another day have picked up another 3 points.

Game 1 was against Uxbridge Ramblers and I think it is fair to say that had we taken our early chances we certainly could have come away with a draw, unfortunately it was not to be with Uxbridge scoring the only goal of the game, true Dave Nelmes did keep us in the match by making a very good save from a penalty but even towards the end of the match we carved out a couple of chances and should perhaps of nicked a point.

Onto game 2 against Cove White and a 1-1 draw thanks to a calm finish by Ged, again I think we did enough to justify being disappointed not to get the win but if we don’t kill games off it only takes one mistake to let the opposition back in.

Game 3 saw us play Old Salvatorians in a match that we pretty much dominated from start to finish and whilst we ran out 2-0 winners thanks to two smart goals from Steve Morris we could easily have doubled that score line.

Game 4 Nothing to say – we were awful, lack of movement, lack of composure and poor passing resulted in a 0-1 loss to Cove Reds.

My thanks to everybody who played and onwards to the April fixtures. 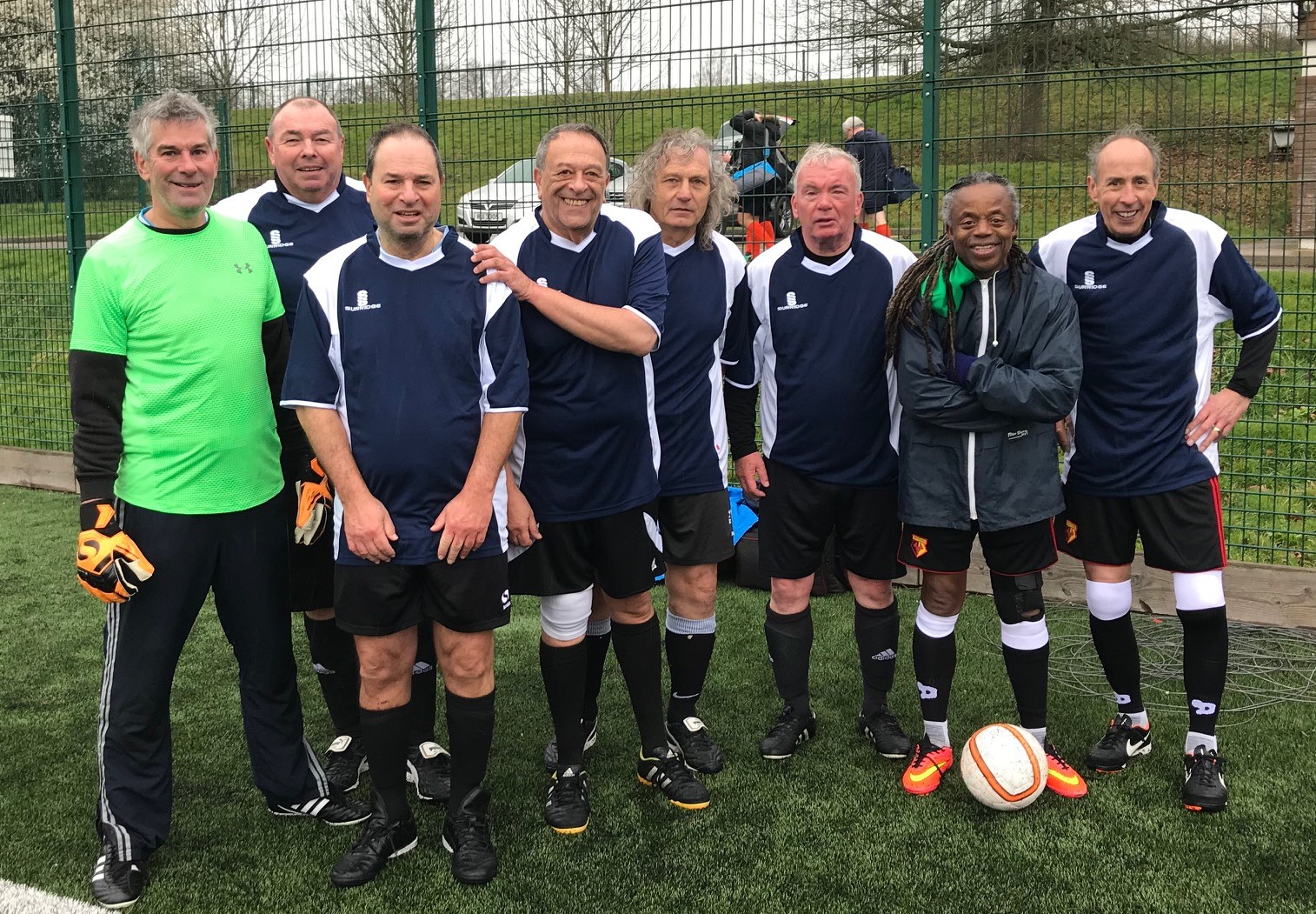