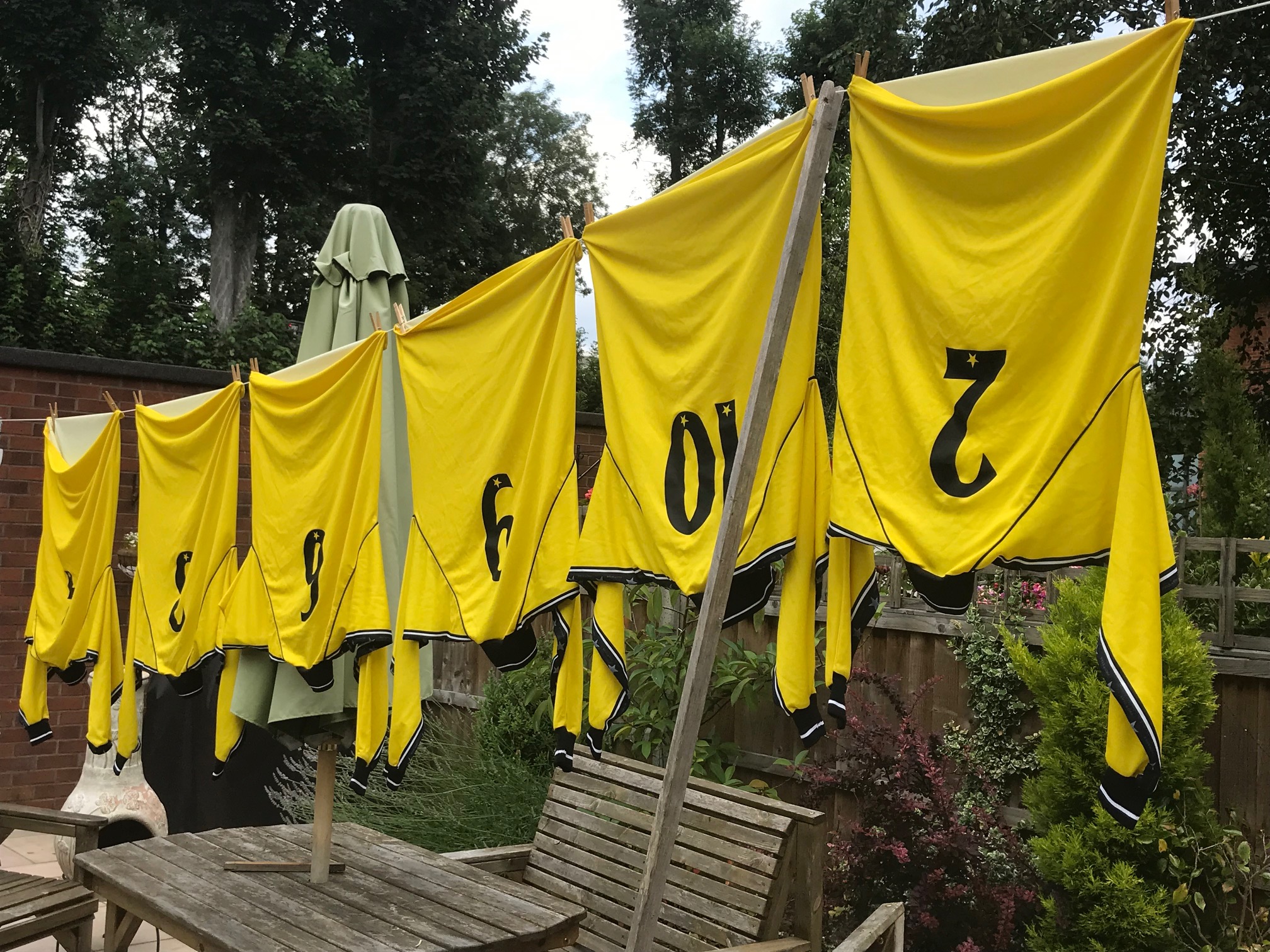 No …… your Amigos were not on a march but played in today’s early lunchtime kick-off at the Harefield Academy against the multi-decorated Barnet’s Black & Amber Over 60s team captained by England International, Tom Moran.

But march they did ….. this time in to the National WFA Cup Round 2 beating a very competitive Barnet Team 2 -1.

Not too many selection problems but Amigos were without the injured George Ferrar who had played in the victory against Luton in the last round.  Fortunately for Player/ Manager Jürgen Sinfield, Steve Moss was available for this fixture.  Readers will be aware the Cornwall Cup of Nations had deprived the Amigos of Steve’s services last time out.

Will captained our valiant galácticos as they faced early pressure from the Black & Amber attacking wave as Barnet had the better of the opening exchanges.  As pundit Jose Mourinho said during a half time interview, it was as If the Amigos has just decided to park the bus and frustrate Barnet.  Richard Manning playing with a heavily strapped ankle was substituted to make way for the bronzed Paul Currie who broke away from a well-earned family vacation to play in this game.  As Paul found his voice and the Amigos grew in confidence it was time for our boys to advance.  The midfield duo of the M&M’S (Will McCafferty and Steve Moss) began to dominate.  Simon Evans was always a threat up front often attracting the attention of two Barnet defenders at a time in an attempt to halt the Amigos progress.

Deadlock was broken just after half time as Steve Moss slammed the ball in to the net after a period of Amigo dominance.

Ever-reliable Richard Cable in goal and Mick Harty at the back blocked any immediate Barnet response.

But as Barnet fought valiantly with their introduction of their much-travelled Tony Bartolo who some readers will recall had trials at Watford, they equalised.  So now it was a question of character, was the momentum with Barnet or would there be a sting in the Hornets tail?

Jürgen had a superb top right effort saved by Barnet Keeper Nick Kreiger.  Jürgen’s only regret being Howard Harris wasn’t there to see it.

Conscious the game could go to penalties Simon Evans rewarded the manager’s faith in his selection as striker by netting the Amigo’s second and deciding goal.  Fellow goal scorer, and Man of The Match, Steve Moss recorded the highest number of interceptions during this contest.

At 2 -1 up your Amigos gave a lesson in game management with Barnet struggling to retrieve the ball in various corners of the pitch.

Job done; your Amigos are in to the Regional Finals scheduled for the weekend of the 31st August.

The referee got the 2 teams together and thanked them both for playing the game in the true WF spirit and making his life easy.

We received from Shaun Ashley, Director of Football at Barnet:  “Congratulations, Well played. The lads said lovely facilities. Good luck in the next round. Shaun”.

SPECIAL THANKS TO Ashan, Steve Harrington and George for coming along and supporting the team. 🙂