Watford sent 2 teams to QPR’s ground at Loftus Road on Wednesday to play in a round robin in memory of Rob Kent who died last year.  Rob was a huge QPR fan and played for the QPR WF team as well as attending and playing in our training sessions/friendly teams until his illness.
In good planning, the majority of the Watford team met in a local café for a good breakfast!
Mick Geraghty who helps run QPR and Uxbridge was the main organiser and did a fantastic job.  The teams came from 2 x QPR , 2 x Watford , 2 x Walton Excell, 2 x Cove, 1 x AFC Wimbledon and Old Salvs, split into 2 groups and played in a round robin.
We started with ALL the players and referees in around the centre circle and we were joined by Robs’s father and cousin for a minutes applause.
WAT-ROB HORNETS
Craig Forbes
Glenn Cato
Gordon Sexton
Ken Littleboy
Kevin Schmid
Rob Chaplin
Steve Dyett
Tony Bartolo
WAT-ROB AMIGOS
Alan Cutter
Alan Read
Andy Roads
Gary Shaw
Ged McLaughin
Graham Bell
Julian Knight
Richard Manning
Will McCafferty
Mick refereed together with an excellent FA referee.  Our Richard refereed one game at the start to help guide the new trainees.  I am not going to list results as that was unimportant.  There were no medals or cups, no winners other than friendship and WF.  Well done to all attendees.
Mick is looking to plan a memorial match between QPR and Watford around the very early part of next season.  Watch this space.
Questions for photos below:
1.  Is Will orchestrating a sing-a-long?
2.  What exactly are Glenn and Craig doing?
Answers on a post card please 🙂 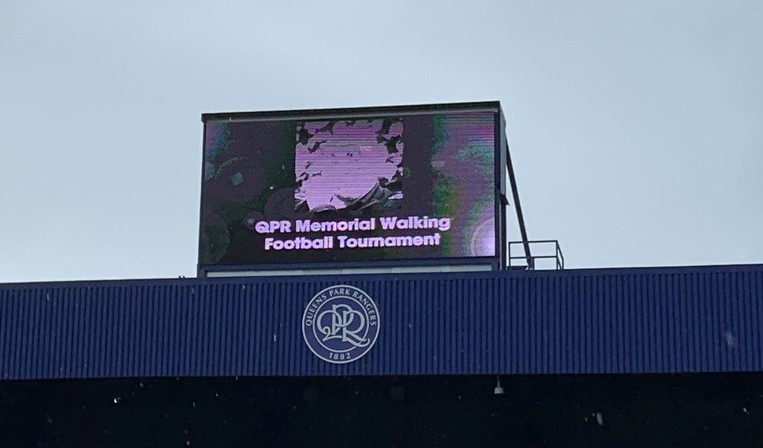 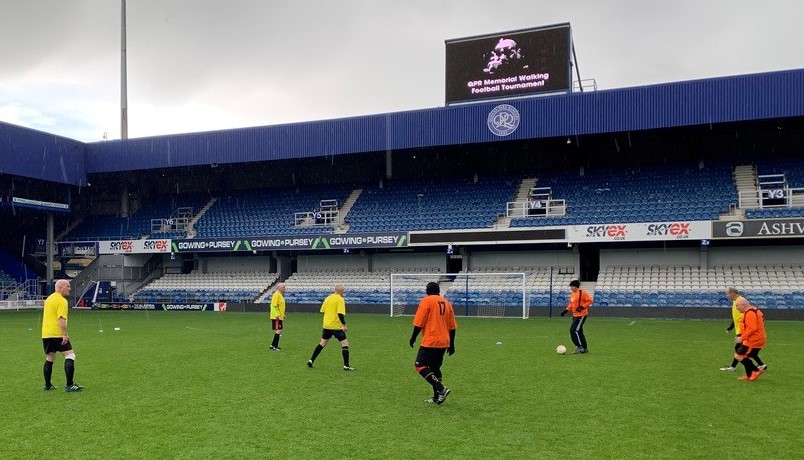 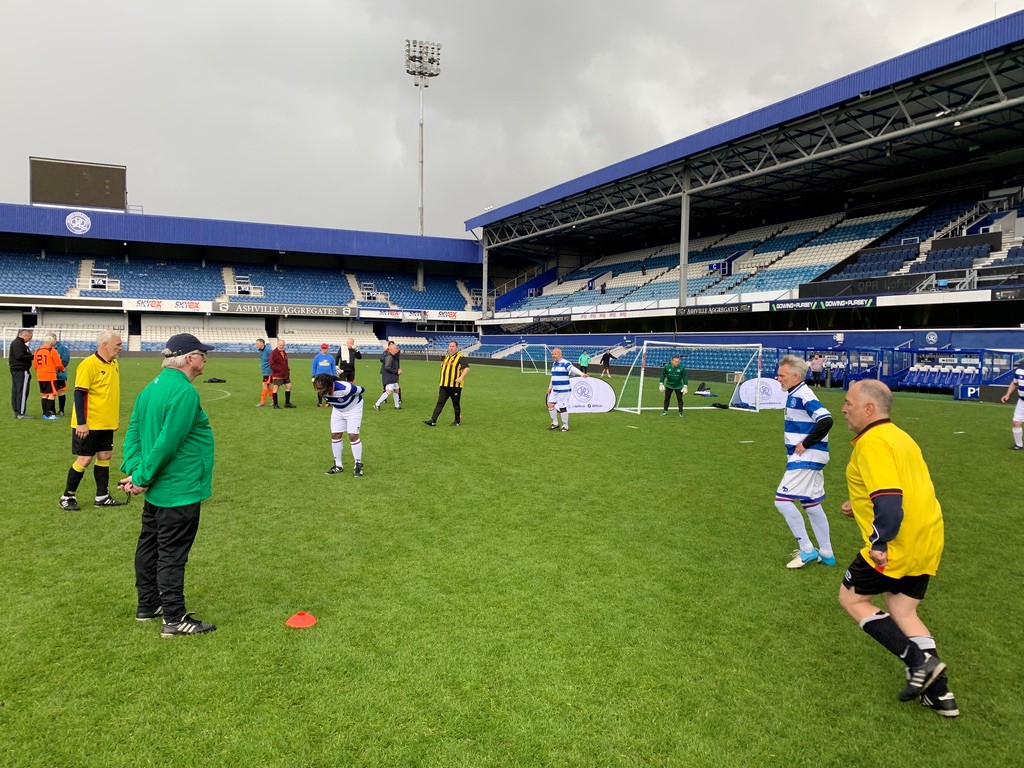 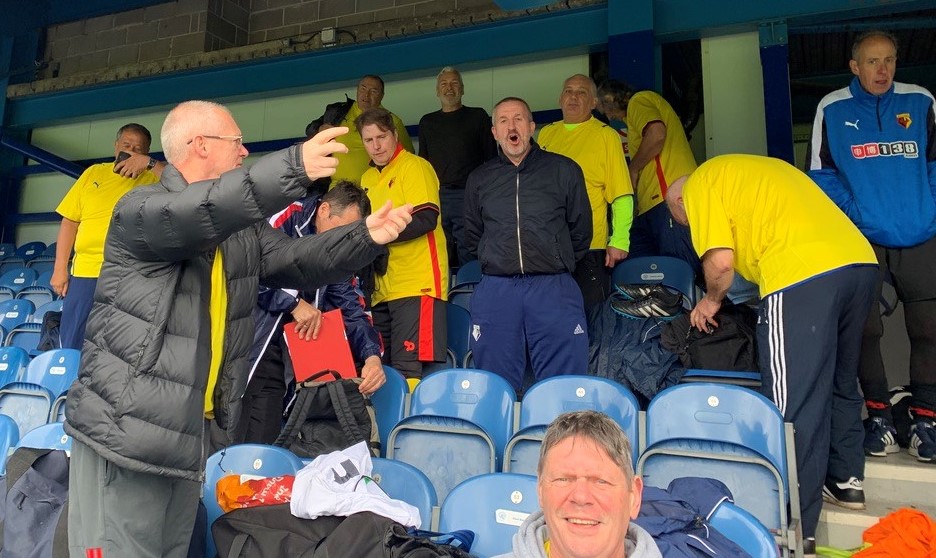 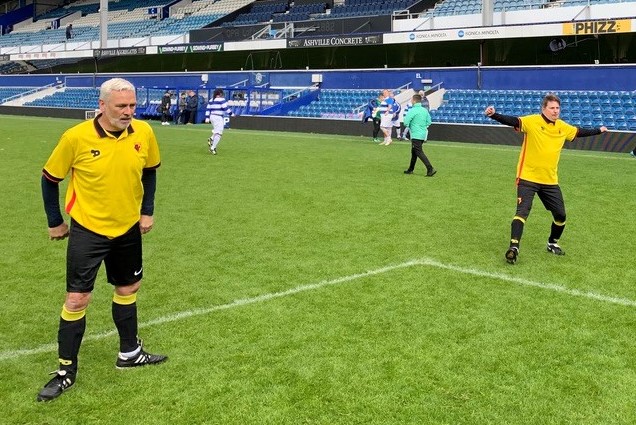