Braved the horrors of the A1 to play in a game arranged by Ken Heddington at the Stevenage facility. With a nail biting wait for Graham and Paul to arrive due to traffic, we finally made a full squad.  Paul having been injured on Mon was the designated keeper for the night to the remaining 8 players rotated in pairs every 6 mins. There were ultimately 4 x 12 min games played across the hour, with us playing two Stevenage teams and two Buntingford but not Chestunt (who we hope to try to arrange a game with).  I call it a creditable draw:

Rob Kent scored only two while Steve Dyett claims the other…and I quote “A lovely outside of the foot trap and then a hammer right passed the keeper.”  I guess you had to be there to see it and I somehow missed it!

Next game Buntingford (a) Sat morning which should be competitive! 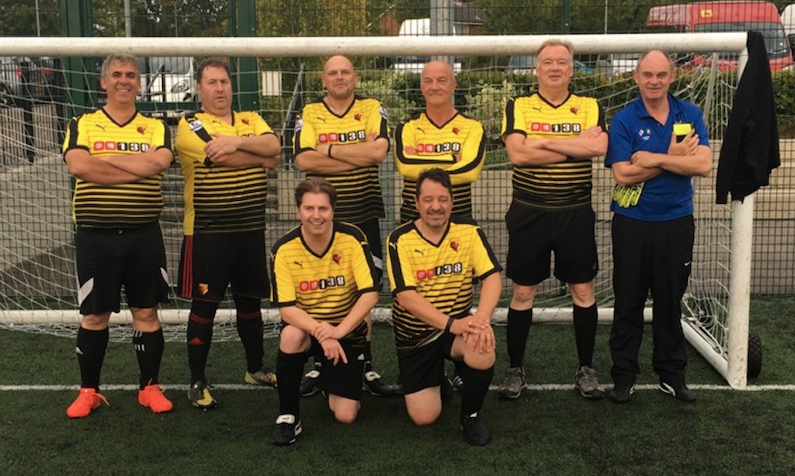