A strange day today when we arrived we discovered an extra team (Bicester Fossils) had been added to The Hornets Division. This meant we won a game before we even kicked off. All the 5 other teams were awarded a 1-0 victory from last month’s meet.

Our first game was against our old foes Uxbridge Amblers. In a feisty affair where some of the interesting challenges. We had more of the play and chances unfortunately we were unable to break the deadlock. Final Score 0-0.

Our second game was against MK Mad Walkers. Nothing went right for us in this game. We hit the post and had all the play but was unable to turn our chances into goals. Then we conceded a goal out of nothing! We did not react well to conceding our team shape went to pot, which resulted in ourselves conceding a second goal. We continued to put pressure on their goal but ran out of time. Final Score 0-2

Our Third game was against Woodley Saints we changed the team and played with a false nine. This was more like it our shape was better and created a lot of chances again though we could not break the deadlock. Final Score 0-0

Our Fourth game was against the new team Bicester Fossils. We continued with the same shape and the false nine. Again having more of the play and chances we finally broke the deadlock with a good strike from Allan. We managed the game well after this and recorded our first victory of the day. Bicester Fossils had started the League well, this was their only defeat and goal conceded on the day. Final Score 1-0

Our last game was against Bracknell. We were in a better groove now we completed a comfortable victory 2-0, the scorers were Glenn and a fine finish from Bernie.

A mixed bag of results but due to all the other teams beating each other. This has helped us increase our lead to Six points and keep clear of everyone at the top of the league.

Well done to all for playing out of position and all giving it 100%. 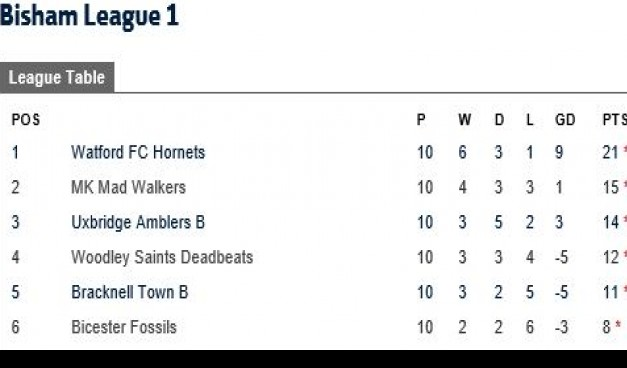 As the previous report stated, the manner in which the matches are played are not as we play between ourselves at training and we are on a learning curve in terms of rules and refereeing.  Its the same of all new entry clubs.  We maintained our game plan set out before we played and kept our organised shape which allowed us not to be out played or out fought in any of the matches. In fact we had more shots on target than any of the other teams and our inter passing play was very good.

The feedback from the team was that they enjoyed the way we played (not some of the results) and we can only improve. Overall, we all applauded the good stuff and all supported the odd mistakes 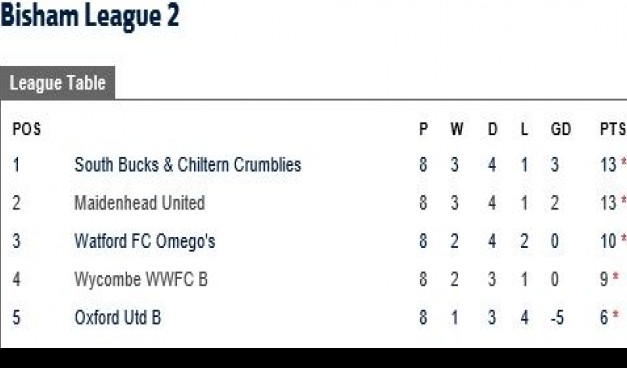 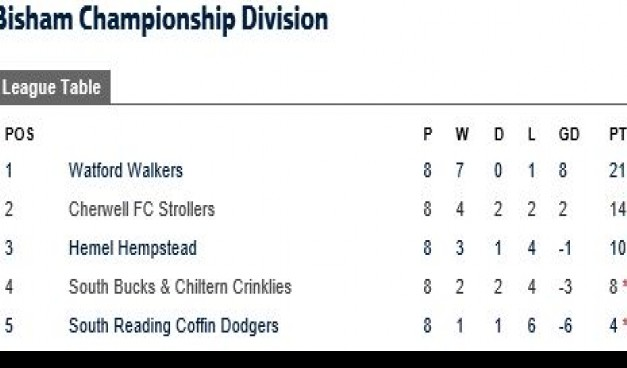