Last week of the season and we were sitting at the top of the table with a remote chance of Hemel Hempstead catching us.

Our first game was against Cherwell Strollers, a game we controlled coming away with a 1-0 victory courtesy of a rare left foot stinger from Pete. That effectively, made it even more difficult for Hemel Hempstead who we played next.

Hemel have been our bogey side, beating us on the previous 3 occasions by the odd goal—twice in the league and once in the cup—in the league games we dominated possession but Hemel got men behind the ball and proved difficult to break down. We went into the game determined to seek revenge and again from kick-off dominate possession. We pressured them into what we thought should have been a penalty decision.  The referee stated that when a defender steps into the area it is free kick (not a penalty) so that is what we played.  From the resulting free kick the ball was skied high up into the air and off to the side of the goal to which we given a corner. Five minutes later Hemel shot which rebounded off one of our players in exactly the same manner and a free kick was given leaving us a little confused.  Hemel scored from the free kick from and saw the result out. Another 1-0 loss to Hemel.

Game number 3 was against South Reading coffin dodgers. This game was quite physical.  We never got going and ending up losing 1-0, the first time we lost to another, beside Hemel.

The last game against ‘The Crinklies’ was a resounding 3-0 victory.

In all, we won the league with room to spare, but I know the ghost of Hemel needs to be put to bed for us to fully enjoy what has been a great achievement.

This was it The Hornets remaining 5 games to decide if we were going to gain promotion!!.

It was in our hands with a 4 point lead at the top of the table.

We were determined to not allow our lead to slip considering we have been top since the start in August.

The two teams closest to ourselves we were playing in the first and third games so we knew if we won these games we should be Champions!!.

First up Bicester Fossils. They are a well organised team who just try and stop you from playing. The 20 games we played in this Division this is the best team performance. Our passing and movement was too much for Bicester. With Tony and Allan controlling the game and feeding Howard (Aguero) up front.  Kevin, Laurie and Paul were enjoying an easy first game in the sunshine. We scored two fabulous team goals finished off by Tony & Howard.
Final Score 2-0.
This set the tone for the day and i knew we were not going to throw this away!!.

Second game Bracknell we made hard work of this game. Again two great team goals finished off by Howard & Allan saw us through
this game.
Final Score 2-1.

The third game was the big one. Our old foes Uxbridge Amblers who like to play the game on the edge. In the previous 3 games we had not managed to beat them with 2 draws and a defeat. We were determined to put this right. We controlled the game from start to finish and did not allow ourselves to be rattled by some of their challenges which should of been sending off offences. A superb finish by Howard made the difference.
Final Score 1-0.

We now knew the title was ours but i wanted us to not take our foot of the pedal for the remaining two games.

Our Fourth game MK Walkers. We played a very controlled game with another fine finish from Howard making the difference.
Final Score 1-0.

Our final game Woodley Saints. Laurie informed us all that he no longer enjoys playing at the back and he would like to go up front. He did not disappoint he scored a great goal.
Final Score 1-0

A great end to our campaign with 5 straight victories winning the League by 9 points. Thoroughly deserved with a great squad performance.

The final round of the TVL matches were held on Remembrance Sunday at the Bisham Abbey location.    Originally having the 14 of the squad of 15 to select from, 2 very late drop outs meant call ups to fill the squad on Friday and Saturday.

The Amigos persisted with the 2-2-1 / 1-3-1 formation which worked much better this final session.  Regular midfield subs used in 3 of the games maintained energy.  Unfortunately the results did not make the necessary leap forward required to make the Runners-up place (we were already out of contention for Winners before we started).

We started with good draw against the Div 2 Winners, Maidenhead, a game we took the lead in with a fine Alan goal before conceding the equaliser, Malcolm pulling off a couple of good saves.

The second game was against the (start of the day) bottom team Oxford.  Oxford were a team reborn (or swapped with their A team!) winning 3 and drawing 1 after achieving only 7 points in the 1st 12 matches.  We led 1-0 though a super team move and very fine finish by Paul before Steve was closing in on a 2nd only to shoot wide.  A minute later Malcolm, again having a fine series of games keeping us in it, made a mistake parrying a shot into the goal.  Oxford’s tail was up and the scored a cracking winner.  Disappointing result, one which meant Runners-up was now not possible.

The third game we played with the freedom one might expect from a team with nothing to lose!  It was a fine 1-0 win against Wycombe through a Alan penalty (not sure who how he got chosen but as he scored I’ll take the credit!) after the Wycombe player wondered into the penalty area and the referee spotted it.

Going into the very last game of the 4 month series, creative Manager Richard Manning played his “ace-in-the-hole” bringing Malcolm out of goal for his 1st taste of TVL on the pitch.  Malcolm immediately showed his silky skills playing from the back and scoring a cracking goal.  However only minutes later a pressed defence pushed the ball back to reserve keeper Richard who picked the ball up.  Unfortunately recent FA rules changes mean this is not allowed and the resultant free kick 3m outside the penalty area resulted in a goal…and so another draw.

Malcolm for his heroics across the 4 sessions was nominated Amigos Player of the Tournament by his teammates.  Our final tally was W3 D9 L4 for 18 pts, with all 15 available Amigos playing at least one of the 4 sessions.

Given the fantastic records of the Walkers and Hornets, and poor Amigos results, Richard decided to fall on his sword as Manager for the Spring TVL and the committee will be looking for a player (or manager) to step up to take the squad forward.   I thank ALL 15 Amigos for their dedication and commitment over the 3 months of 16 matches. 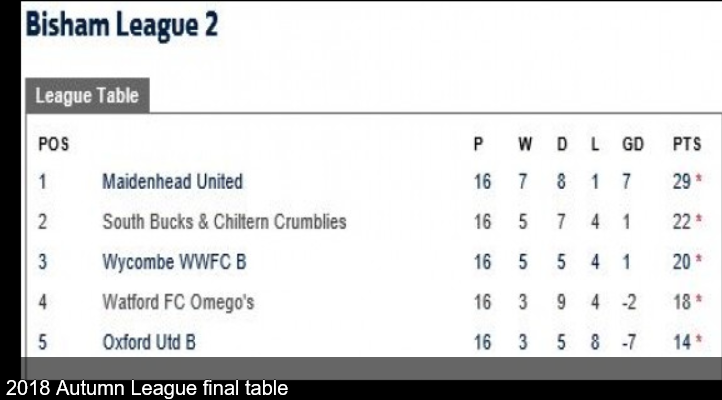 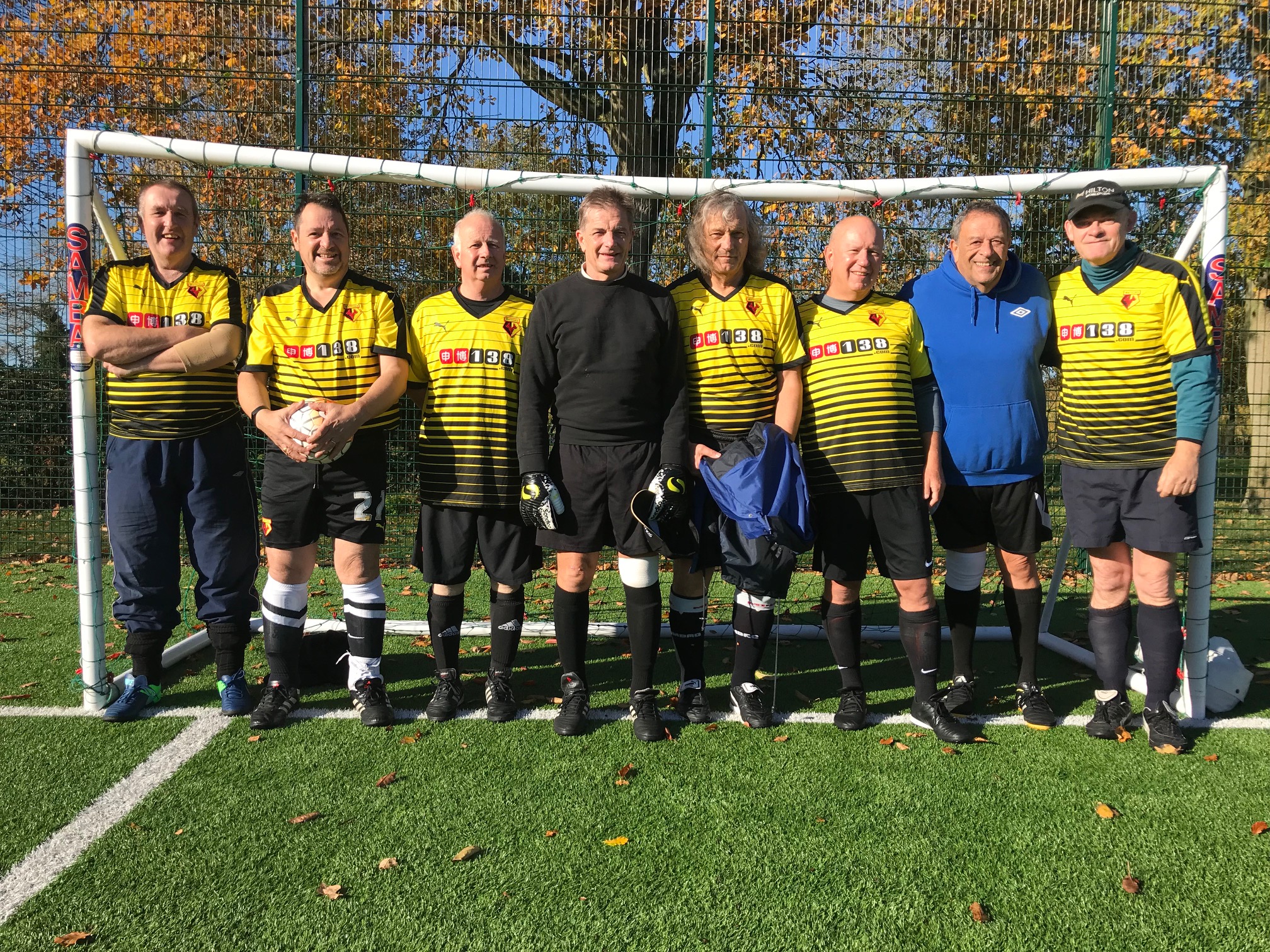 Watford Players of the Tournament: 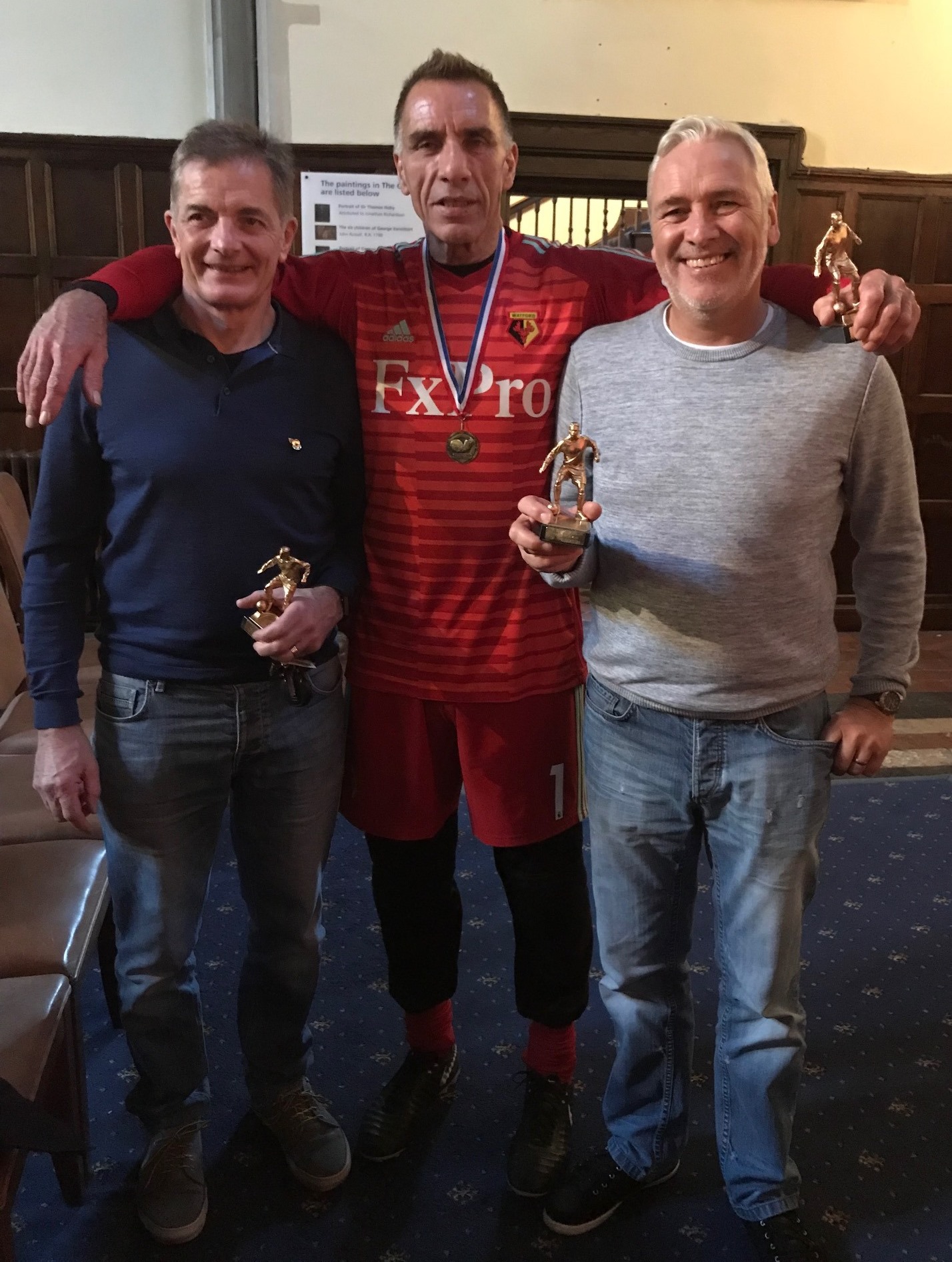