Today was an introductory over 60’s tournament at Romford for all the teams to see the standard and opposition for the forthcoming 60’s league starting in March. We entered one team today, with a squad of 8 players picked predominantly the players who had experienced playing last season in the 50’s league held at Romford where it is a boarded pitch unlike the Meriden/Harefield, so the game is continuous apart from the stoppages for free kicks.

We all enjoyed it today, and like most tournaments there was a range of quality and overall it was good standard tournament. There were 7 teams, so we played 6 twelve-minute games, with the top 2 playing in a final.

The 3rd game was against a very good Bexley team, Gary S put us 1 -0 up, but they equalised with a disputed goal, and the game ended 1-1, but we all thought we were the better team over 12 minutes.

We then played our 4th game without having had any breaks between any of the first four games against a good Norwich team and won 2-1 with goals from Paul and Ged. Our 5th game after a break was against the home team Romford where we romped to a 7-0 victory with Howard getting 4 and Gary getting 3 goals. Our last game was against Orient where we also romped home with a 8-2 victory, with George, Ged, Trevor, Gary, Paul (2) and Howard (2) were all our scorers.

This put us into the final against Bexley, and this time we managed to beat them 2-1 where again we were probably the better team (Ged and Howard were the scorers) and we went home with a nice trophy. 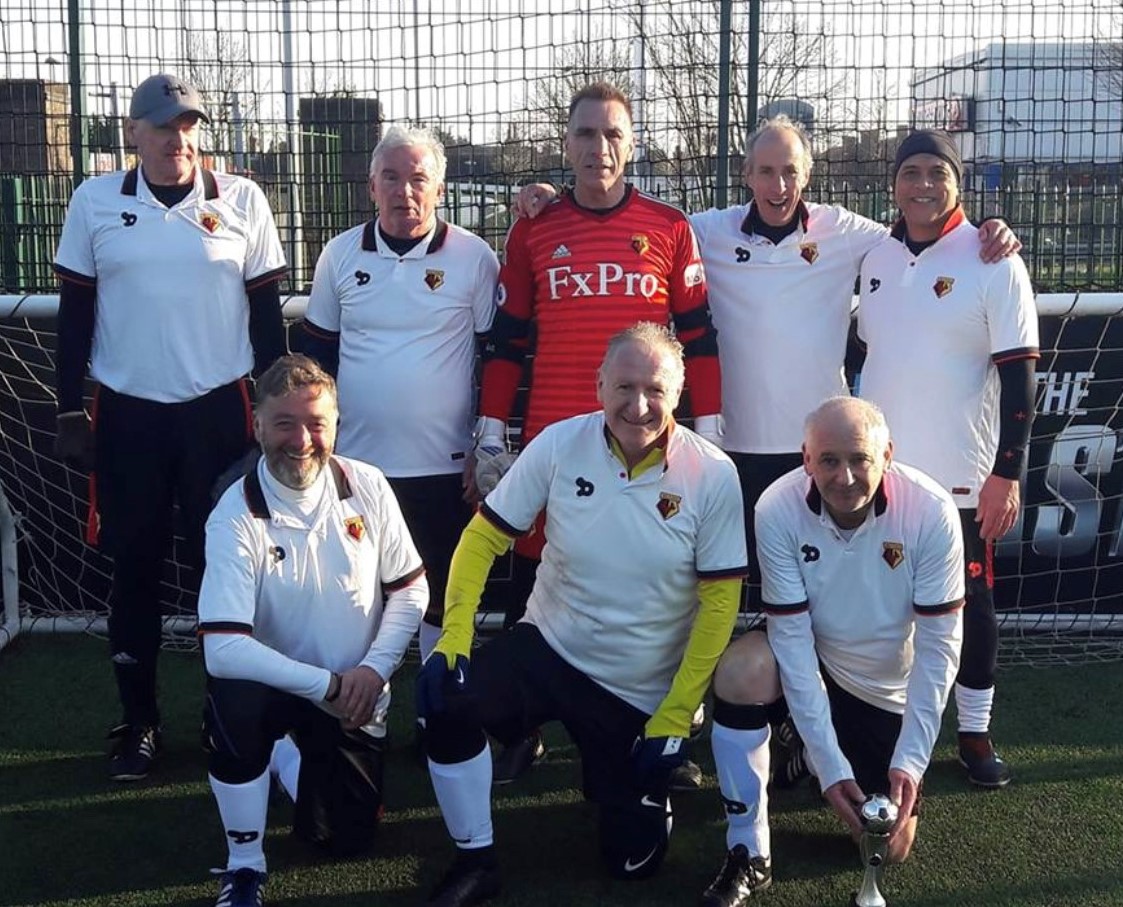