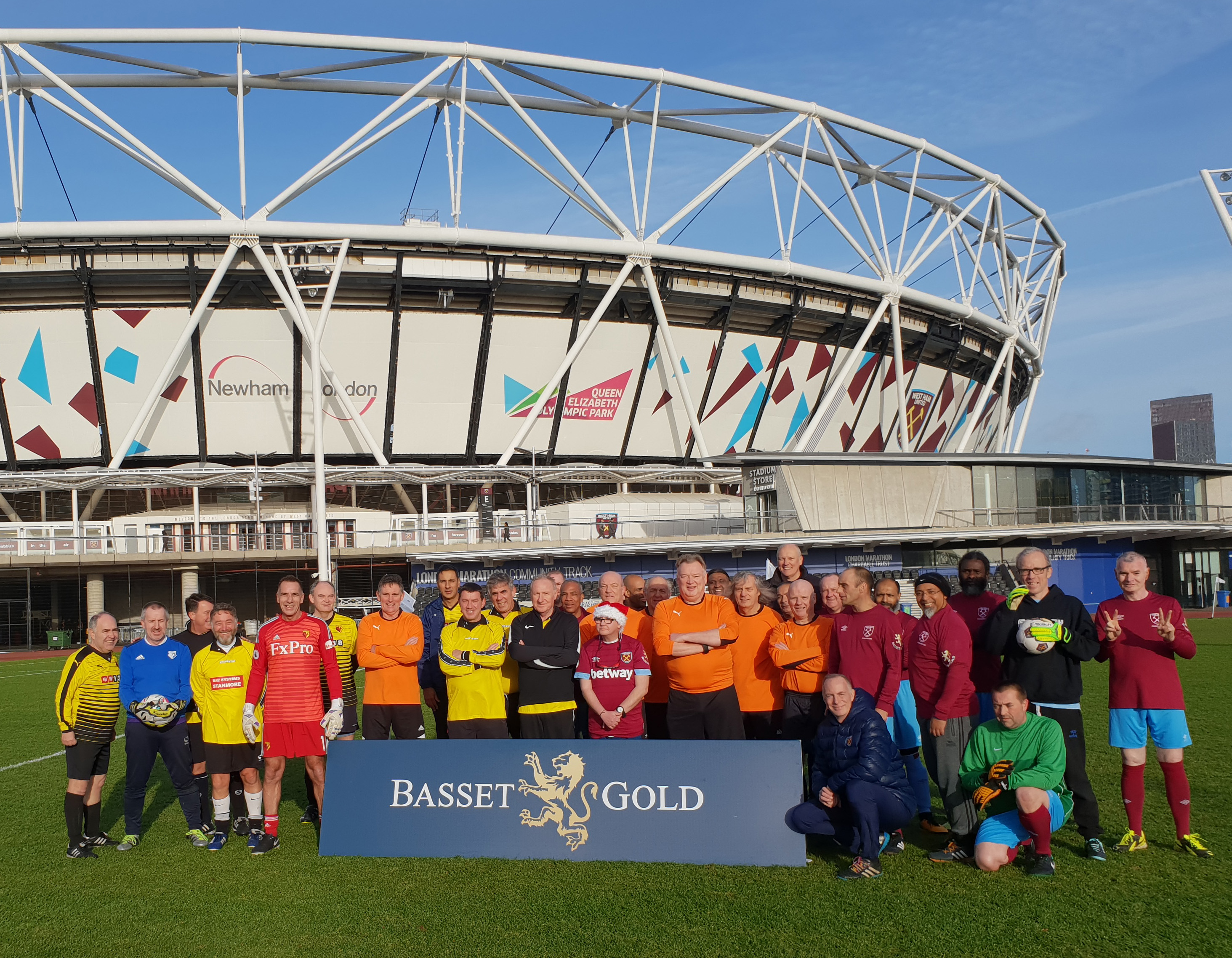 It was a round robin 3 touch tournament with 2 x Watford teams & 2 x West Ham teams. The leading Watford & West Ham teams would compete a final.

First game saw us play West Ham A, we had an early chance to lead but then were on the back foot for the rest of the game but were able to get a 0-0. Second game was against West Ham B, a Pete strike from an acute angle was enough for a 1-0. Last game was against the Watford Oranges, despite a host of missed chances including a Penalty from our Number 1 Striker, we managed to win 1-0 courtesy of a great team goal from Paul V, who celebrated like Mick Channon and realized it was well worth the 100+ mile drive.

The Final saw us against West Ham A, whose best player still had a few years till his 50th Birthday. We had certainly already peaked as we were well beaten 1-0 and thus would not be introduced to the London Stadium crowd.

Overall a really good morning, great hospitality and fantastic weather. Many thanks to George & Richard W for driving and for our sole spectator John, who was also our only ball retriever!!

Can I take this opportunity to wish you all a Very Merry Christmas and a Happy New Year.

It was an honour to represent Watford on my birthday yesterday.  I think as a Club we have come a long way in the last year.  We have had some ups and downs but have come out the other side the better.

Special thanks to Will, Richard M & Dickie & Mike for organising our sessions.

Yesterday, as Julian said, we were entertained in the sprit of the game by the West Ham Foundation.  For the Hornets a couple of challenges we were confronted with were playing on grass …. we had to remember the ball doesn’t travel as fast as on 4G …. particularly relevant for back passes, & the other challenge was facing a rather young and talented centre forward*.  All games were close as you would expect with our talented defenders & England’s No 1 behind them!

Thank you for your camaraderie this year and I wish You All a Very Happy Christmas & New Year.