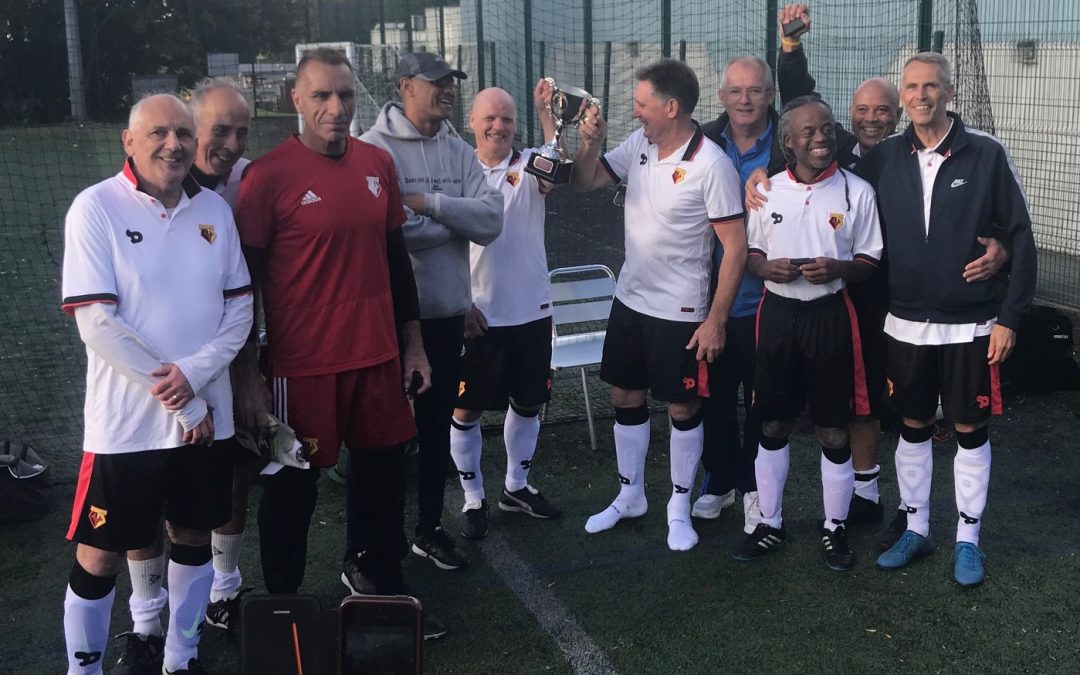 Just wanted to thank you all once again for helping us prepare with particular thanks to Mike and Dickie.

What a great day for our club!

Special thanks also to Pat, Paul Salvietto and George for their performances in getting us through the qualifiers.

Special mention to the Watford Amigos who were the only team to score against us in the qualifying rounds!

Our first match victory in the group stage was against Huntingdon. We then drew 0-0 with Manchester Corinthians and we beat Hereford 7-0 to win our group.

In the semi finals we beat Erpingham and in the Final we beat Huntingdon  4-1.

Ged was voted player of the tournament having scored 12 goals, 3 in the final and he provided an assist for Hallam. Howard Groves also scored twice in the rounds leading up to the Final.

The whole squad played so well and some of our football was breath taking at times! We played at a high tempo and our fitness and stamina was excellent.

Kevin made a great one handed save in the final. John Field’s array of passing was fantastic!. We played a 1, 3, 1 system with Trevor outstanding at the back. Dennis, our Captain and Gary worked tirelessly as did everyone.

Mike did a great job as Coach!

Thanks also to Lakhi and Richard Manning who joined us in Nottingham for the day.

Good luck to Ged and John who both impressed the England manager with their performances.

All 8 teams at the WFA Cup Finals in Nottingham

Watford & Huntingdon teams for the final!

Ged with Player of the Tournament Award presented by Stuart Langworthy, WFA Over 60s England Manager 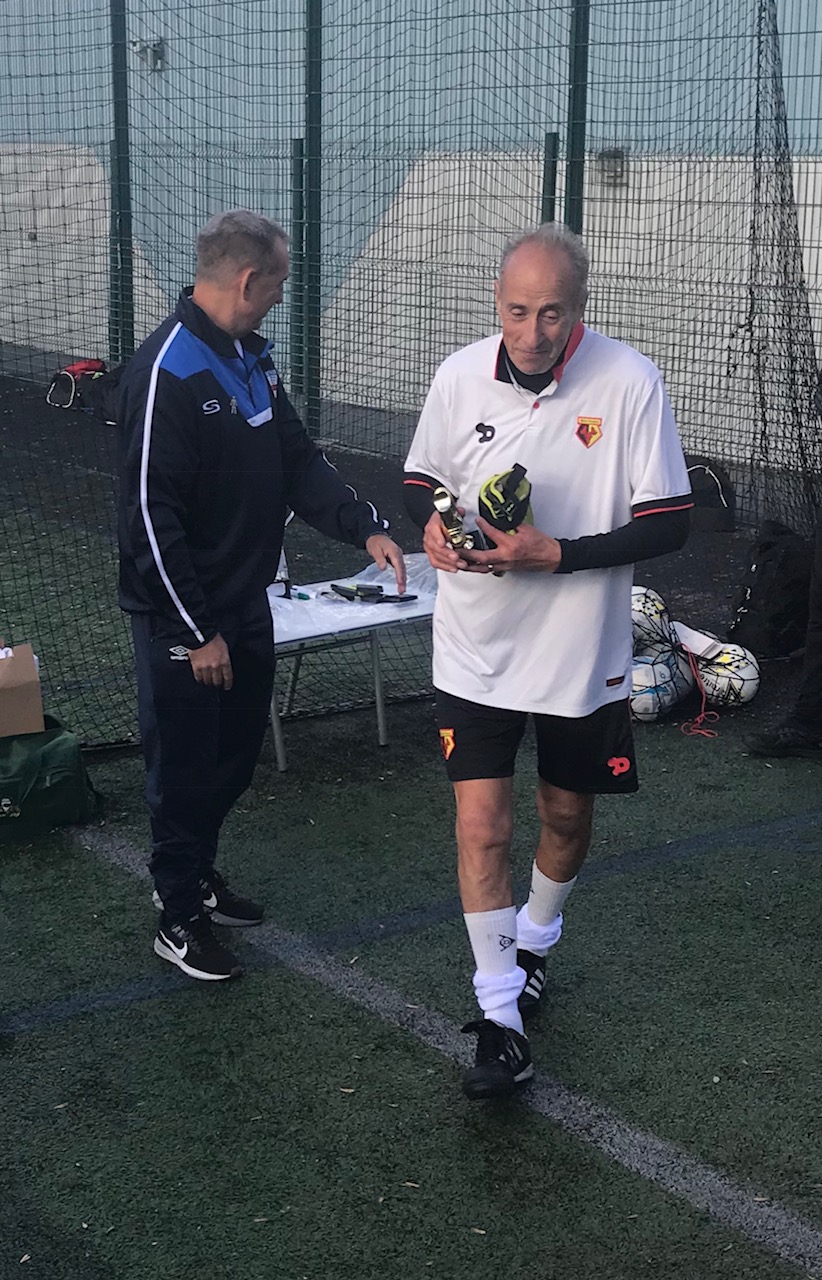